QUINCY, MASSACHUSETTS — More than 20 years since the Boston Globe's Spotlight investigative team exposed the scope of Catholic clergy sexual abuse and institutional cover-up in the Archdiocese of Boston, attorney Mitchell Garabedian said abuse survivors are still teaching the church "how to be moral."

"None of this could be done without your strength," Garabedian said during a June 4 conference in Quincy, sponsored by several nonprofits that advocate for abuse survivors and accountability in the church.

Titled "Pivot to the Future: Marking 20 Years of Confronting Clergy Sex Abuse," the conference attracted dozens of survivors, their loved ones, advocates and others who gathered in person and via Zoom to listen to keynote talks, presentations and panel discussions that reflected on two decades of scandals and what the future may hold for the crisis and potential reforms.

David Clohessy, the former longtime director of the Survivors Network of those Abused by Priests, or SNAP, spoke of his experiences of organizing and amplifying the voices of survivors. Bill Mitchell, publisher of National Catholic Reporter, which began covering clergy sex abuse cases in the 1980s, emphasized the importance of journalists continuing to report on the story. 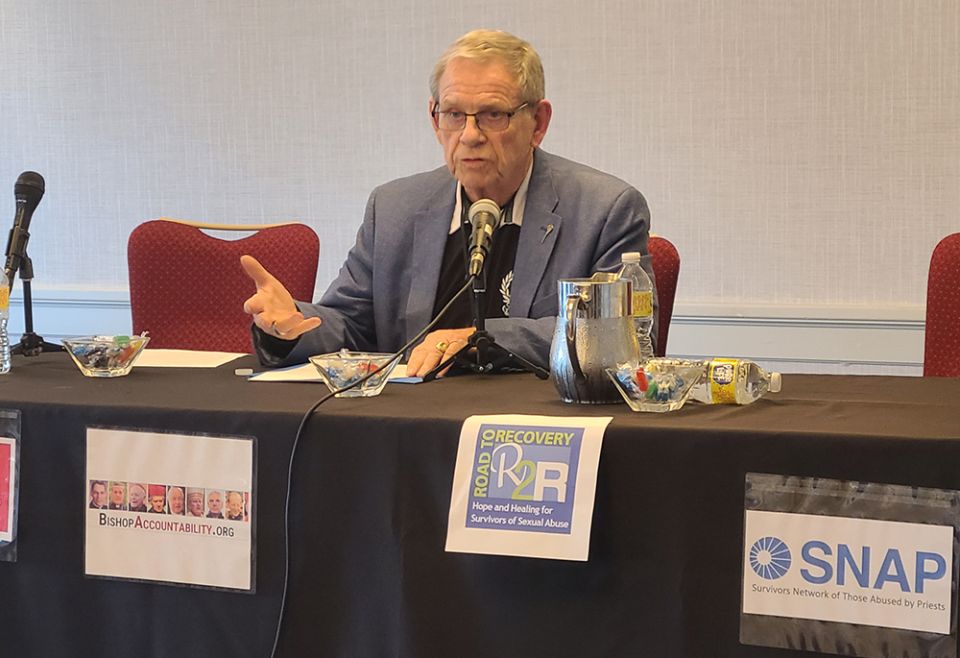 Thomas Doyle, an inactive Dominican priest who sacrificed a promising clerical career in the 1980s to become an outspoken advocate for survivors, provided a historical overview of the abuse crisis and the institutional secrecy that he said enabled it and yet remains in place.

"Have things changed? Not a great deal," Doyle said.

Garabedian, who has represented scores of clergy sex abuse victims in Boston and across the country and who was portrayed in the 2015 movie "Spotlight," also struck a pessimistic tone. He told attendees that he does not believe the church will ever change, adding that he has "written off" church leaders that he considers to be "a bunch of criminals."

"The church has not changed its ways," he said.

While other speakers discussed the scandals in more measured tones, they also criticized church leaders for giving the issue more lip service than offering concrete fundamental reforms. They accused the bishops of engaging in continued secrecy and resisting measures that would increase transparency and accountability, such as amending statutes of limitations to permit survivors to sue clergy who abused them decades ago.

This article can be found here....