We are SNAP, the largest, oldest and most active support group for women and men wounded by religious and institutional authorities (priests, ministers, bishops, deacons, nuns, coaches, teachers, and others).

Get the latest updates from SNAP Network.

More than 40 years after a 15-year-old boy was reportedly sexually abused by the Rev. John Capparelli, the alleged victim filed a lawsuit in Essex County Superior Court against the Archdiocese of Newark and the church where the disgraced, defrocked priest — who was murdered in 2019 — once served. The plaintiff in the case, not identified by name, spoke of being raised in a devout Catholic family and participating in youth and church activities at Holy Trinity Church in Westfield, before ultimately becoming a victim to what was described only as “unpermitted sexual contact.” It is just one of hundreds of civil lawsuits that have been filed in New Jersey since the state opened a two-year window that greatly extended the amount of time victims of sexual abuse had to sue. And now, that window is closing. At the end of the month, a two-year extension allowing such lawsuits on decades-old allegations comes to an end. Advocates, however, say the COVID pandemic has made it difficult for victims to meet with attorneys and build their cases and have called for more time to allow others to seek justice. “The pandemic closed our courts for some time and it delayed in many ways the statewide investigation of the five Catholic Dioceses in New Jersey,” said Mark Crawford, a clergy abuse survivor and state leader of SNAP — Survivors Network of those Abused by Priests. The New Jersey law, passed in 2019 and signed by Gov. Phil Murphy, waived the statute of limitations to sue under a 24-month time period ending on Nov. 30, 2021. The law also allowed adults who were assaulted as children to file civil suits until they turn 55, or seven years after they discover that they were abused. It targeted not only individuals who allegedly committed sexual assault, but the churches, athletic organizations, schools and community organizations for whom they had worked. (Read the full story here)

The Catholic Church in Portugal is setting up a national committee to coordinate the work of local church groups looking into possible cases of child sex abuse by members of the clergy. This action comes after a devasting report revealed the depth of child sex abuse within the French Catholic Church. That study, released by an independent commission, estimated that some 330,000 children and adults were sexually abused over 70 years by priests or other Church-related figures. We applaud this development, although a truly independent investigation by secular officials would be ideal. Australia, New Zealand, and Ireland all launched their own nationwide probes into crimes committed against their children and the vulnerable by Catholic clergy. It is long past time for other countries around the world to do the same, including the United States. Just two years ago, Portuguese Church officials said authorities had investigated only about a dozen allegations of sexual abuse involving Portuguese priests since 2001. More than half of those cases were dropped because Church investigators decided there was not enough evidence to pursue them. While we hope that this new development will shine a light through the dark clouds of sexual abuse in the Portuguese Catholic Church, we cannot forget the far-reaching efforts Church officials have taken to minimize this ongoing problem.  CONTACT: Michael McDonnell, Communication Manager (267-261-0578, [email protected]  Zach Hiner, SNAP Executive Director (517-974-9009, [email protected]), Shaun Dougherty, SNAP Board President (814-341-8386, [email protected]) (SNAP, the Survivors Network, has been providing support for victims of sexual abuse in institutional settings for 30 years. We have more than 25,000 survivors and supporters in our network. Our website is SNAPnetwork.org)

Ohio priest placed on leave, accused of "inappropriate contact" with a child

Fr. Marian Babjak was placed on administrative leave last week by the Diocese of Youngstown. The priest is accused of having "inappropriate physical contact" with a child. Fr. Babjak worked at Christ Our Savior Parish in Struthers, Ohio. According to the Mahoning Matters news outlet, the clergyman has been at the parish since at least August 2020. While the Diocese encourages anyone who has been a victim of misconduct by a clergy member or church employee to contact its Victims Assistance Coordinator, we believe the best method of reporting such incidents is to contact law enforcement directly. Secular investigations are the way to deal with clergy sexual abuse in the Catholic Church, which has been going on unabated for decades. More importantly, such reports are more likely to reach the public, which helps survivors heal and empowers victims, many of who are still sitting in silence, to come forward.

Gary Berthiaume, 79, who was accused of sexually assaulting three teenage boys in the 1970s, took pleas on Monday to a trio of charges and now likely faces as long as 15 years in prison. The Michigan Attorney General’s office said the former Catholic priest agreed to plead guilty to two counts of second-degree criminal sexual conduct and also pleaded no contest to one count of gross indecency. Berthiaume was originally charged last year with assaulting a 14-year-old boy in 1977. In June, AG Dana Nessel’s office added two more charges after more victims came forward with accusations against the former priest. At the time of the assaults, Berthiaume worked as a priest at St. Joseph Catholic Church in Wyandotte and then later at Our Lady of Sorrows in Farmington.

At an outdoor protest, survivors of child sexual abuse, including a man who was sexually abused by Catholic priest Msgr. Eugene Fanelli

What: At an outdoor protest, survivors of child sexual abuse, including a man who was sexually abused by Catholic priest Msgr. Eugene Fanelli, will: Signs and protestors demanding West New York City officials immediately remove a city-owned street sign that honors alleged child predator Msgr. Eugene Fanelli. Implore Cardinal Tobin and Archdiocese of Newark officials to remove the street sign and add Fanelli’s name to the Archdiocese’s List of Credibly Accused Clergy. Urge all survivors of child sexual abuse in New Jersey to take action under the New Jersey Victims’ Rights Bill before November 30, 2021. A survivor who was abused by Fanelli will also speak publicly and disclose: Both he and his father were sexually abused by Fanelli. A lawsuit was filed against the Archdiocese of Newark identifying Fanelli as an abuser.

New Clergy Sex Abuse and Cover up Lawsuit Filed in Archdiocese of Houston “Once again, the church has put its reputation above the protection of children” SNAP Calls for Immediate Action by Church Officials

Abusers’ names to be written on sidewalk

Abusers’ names to be written on sidewalk All are predator priests ‘under the radar’ here One was convicted for trying to hire a hit man But he, nor the others, are on diocese 'perp list’ Each is ‘credibly accused’ say bishops elsewhere SNAP also reveals settlement vs. another cleric He’s “the most dangerous KC clergy offender”

These virtual mini conferences are free to all and will feature opportunities for survivors and advocates to learn about topics like healing, advocacy, and self-care from a variety of different speakers throughout the year. Our next mini-conference is scheduled for June 12 - learn more about our speakers and RSVP for free today!

We are also grateful to MK Safety Net who is a Bronze-level sponsor for our virtual conferences. MK Safety Net has been  a longtime supporter of SNAP and we are grateful for the work they do on behalf of missionary kids who have been abused. Learn more about MK Safety Net here.

If you see child sexual abuse, or have a reasonable suspicion of sexual abuse or your child has been sexually abused, call 911 or your local police immediately.

If you suspect abuse, call the National Child Abuse Hotline at 1-800-4-A-Child or visit the Child Help Hotline. Trained crisis operators staff the lines 24/7 to answer your questions. If necessary, they will show you how to report in your local area.

Child pornography is a federal crime. If you see or suspect images that may be child pornography, report to the National Center for Missing and Exploited Children CyberTip Line. 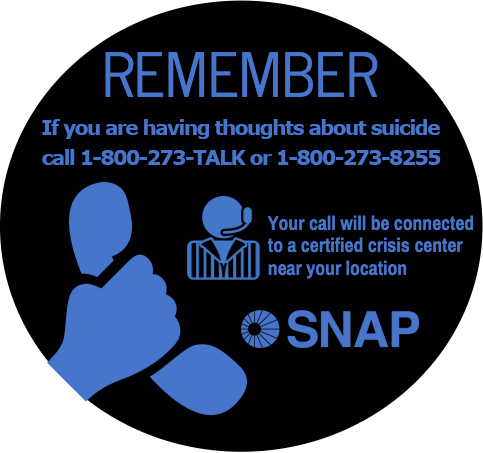 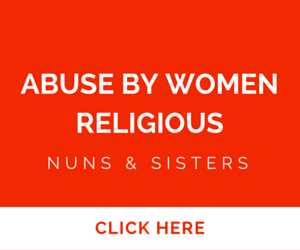 Your interest and support enables us to build SNAP's healing model as we deliver the programs and services that advance SNAPs Mission.