Beginning with the diocese of Lafayette, Louisiana in the 1980s, journalist Jason Berry has continued to report and investigate sex abuse and cover-up in the Catholic church.

He wrote in the National Catholic Reporter about how impactful this reporting was for him and how important it is that the press and others speak up about abuse.

"You can attack the messenger but the message will come out."

As a journalist Jason Berry is a big part of fighting this injustice. He has helped survivors by countering the silence by uncovering the truth and exposing perpetrators. Berry also played a key role in the beginnings of SNAP in 1988 when he insisted The Phil Donahue Show post the phone number for victims to contact SNAP. Here is Berry joined by SNAP founder, Barbara Blaine, speaking out against Catholic abuse in 1993 on a later Donahue show.

Jason Berry has spoken at numerous conferences, the most recent ones being in 2008, 2011 and 2014. He spoke at the 2014 SNAP Conference about Pope Francis and the probability of genuine reform of the Vatican's sexual abuse policies. He also discussed how the survivors movement was affecting this reform and what the next steps are.

"The real problem is that when challenged the church engages in counterattack rather than any type of rational course of reform." 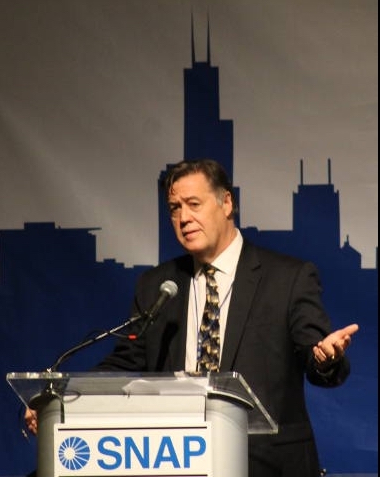