Disgraced former Cardinal Theodore McCarrick appeared in court for an arraignment Friday morning at a court outside Boston using a walker. He entered a not guilty plea to charges filed a month ago, accusing him of sexually assaulting a teenage boy almost 50 years ago in Massachusetts. The judge ordered him to post a $5,000 bail and barred him from contacting the accuser, as well as anyone under the age of 18. The former Cardinal was also ordered to turn over his passport and was barred from traveling outside the United States.

It is no surprise to us that McCarrick apparently believes in his own innocence. In 2019, Slate Daily Magazine quoted the former Cardinal as  saying that he is “not as bad as they paint me.” The former Cardinal also said that he is the target of "enemies," and goes to confession every week. “I do not believe that I did the things that they accused me of,” he told Slate. 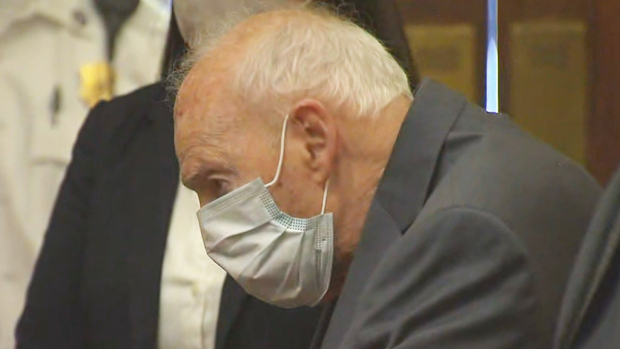 For the first time, a US Cardinal has been charged with crimes related to the abuse of children. While several priests have seen the inside of criminal courts in the past, to date the only prelate convicted on criminal charges has been former Kansas City Bishop Robert Finn, who was convicted of misdemeanor failure to report. The case against the former Cardinal represents a large step forward in the efforts to hold high-ranking Catholic officials accountable for abuse and cover-up.

Prior to the arraignment, McCarrick spoke to his longtime former aide and CBS News Vatican consultant Msgr. Anthony Figuereido, who shared the former Cardinal's words to him.  "The first thing he said is: 'I do not want to end my life in this way.' So, he expects something serious to come from this trial, perhaps imprisonment. Even more stunning: 'I want my priesthood back.' It's almost as if he was deluded about the damage he has caused to victims, above all, but also to the church and the loss of faith of millions of Catholics." Vatican officials admitted in November 2020, that they knowingly elevated McCarrick, a perpetrator of abuse, to the rank of Cardinal despite numerous warnings about his behavior.

To us, given Rome’s recent move 'clearing' another accused prelate, Bishop Nicholas DiMarzio of Brooklyn, Vatican decisions show how inherently flawed internal Church 'investigations' are and how important it is for secular authorities - police, prosecutors, and attorneys general - to pursue Catholic supervisors who commit, hide, or ignore child sex abuse reports.

We have seen far too many times Church officials admit to one thing and cover up a thousand. In this case, it seems to us that Catholic leaders removed McCarrick from the clerical state in the hope that his name would disappear from the headlines, banking on his victims remaining silent and any criminal cases being beyond the statute of limitations.