In 2003 the Boston Globe received the Pulitzer prize for Public Service for its series of articles on the sexual abuse scandal in the Boston archdiocese. Besides the gratification of the receiving this award, the Spotlight team received the gratification of knowing that these reports were bringing this evil to the light and hopefully making children safer in the process. In this 2003 Associated Press article SNAP President Barbara Blaine expressed her gratitude for the men and woman that composed this team who while telling stories of the abuse and cover up in the Boston area, were giving a voice to survivors nationwide to come out against their perpetrators. 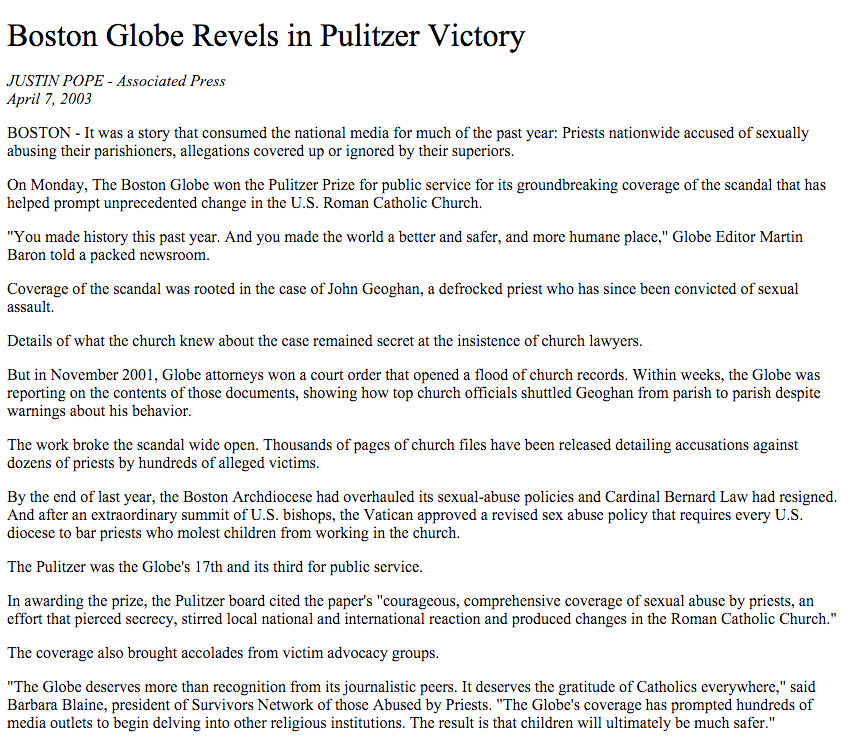