The Vatican accepts the resignation of Bishop DiMarzio of Brooklyn, SNAP reacts.

The Pope has accepted the resignation of 77-year-old Bishop Nicholas DiMarzio, who was recently cleared by the Vatican of sexual abuse allegations. The Bishop was accused of abuse in a lawsuit filed in November of 2020, alleging that he had abused a boy while he was a priest in Jersey City. That accusation came after Bishop DiMarzio had just finished leading an investigation into the Diocese of Buffalo over accusations of episcopal mishandling of clerical sex abuse cases there. A second lawsuit was filed in March 2021 alleging that the prominent Brooklyn prelate abused a child while working as a priest in New Jersey.

We have little confidence in the Vatican investigation that "cleared" Bishop DiMarzio of these two separate allegations. False allegations of child sexual abuse are extremely rare. We remember that the case against former Cardinal McCarrick was also dismissed by officials in Rome, and he was allowed to continue his predations while in a position of honor and power within the Church. There are countless other examples from east to west where inside investigations by Catholic leadership yielded an outcome that was later shown to be false.

The "clearing" of Bishop DiMarzio did not end the lawsuits against him, nor will his retirement. The civil window opened in New Jersey has allowed these two survivors to seek justice through the courts. The Bishop will have to respond to those claims and subject himself to legal discovery, including depositions. The open procedures provided by secular law stand in sharp contrast to the archaic and hidden process provided by Church law. As we see it, Bishop DiMarzio has been cleared of NOTHING, he will simply have more time to devote to answering the accusations made by these two brave survivors.

We stand with both victims who came forward with claims against Bishop DiMarzio. Regardless of the Vatican’s findings, these men are the ones who have made the Catholic Church and the public safer by their courage. 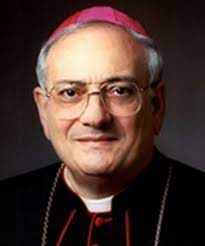