We’re back again with the latest installment of the SNAP Network Newsletter! It’s been a busy month for all of us in this movement: 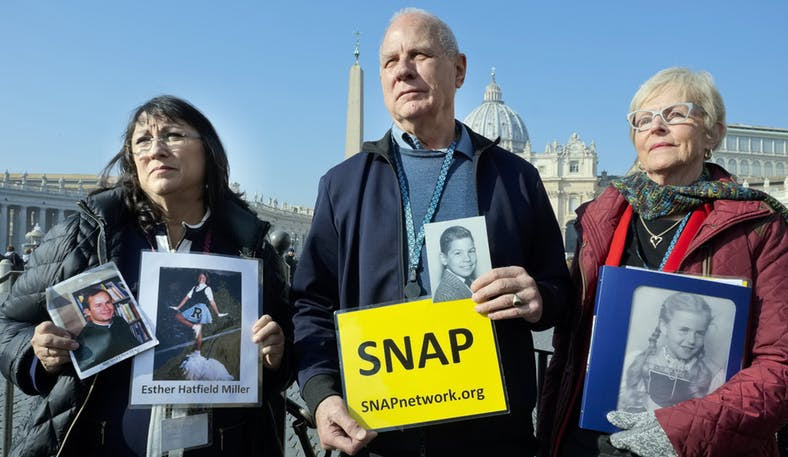 The world looked with great anticipation to Rome as the Pope called for a worldwide gathering of prelates to address the abuse and cover-up crisis. Sadly, instead of the concrete action that we had asked for, survivors were instead given more promises that church officials will reform policies and procedures.

Despite the way the summit ended, however, we are very proud of our advocacy during the meeting! Tim Lennon, Mary Dispenza, Esther Hatfield Miller and Carol Midboe represented SNAP in Rome, holding scheduled press events, marching to headquarters to deliver letters, and ensuring that survivors were represented and heard throughout the conference. We were also hard at work here in the U.S., holding press events and handling the hundreds of interview requests that came through our network, and when the Pope released his 21 “reflection points,” we responded with our own 21 points reflecting on ways people can prevent abuse and support survivors. By the end of the summit, SNAP had received over two thousand unique media cites, dozens of new messages from survivors on our website, and a renewed energy and clarity on our pathway forward. As it has become clearer that church officials will not act without public pressure, there has also been renewed interest in clergy abuse from law enforcement officials and attorneys general around the country. If your state has yet to begin an investigation, help us get the accountability we expected from Rome by writing to your AG today.

A Successful Leaders Meeting in Atlanta! 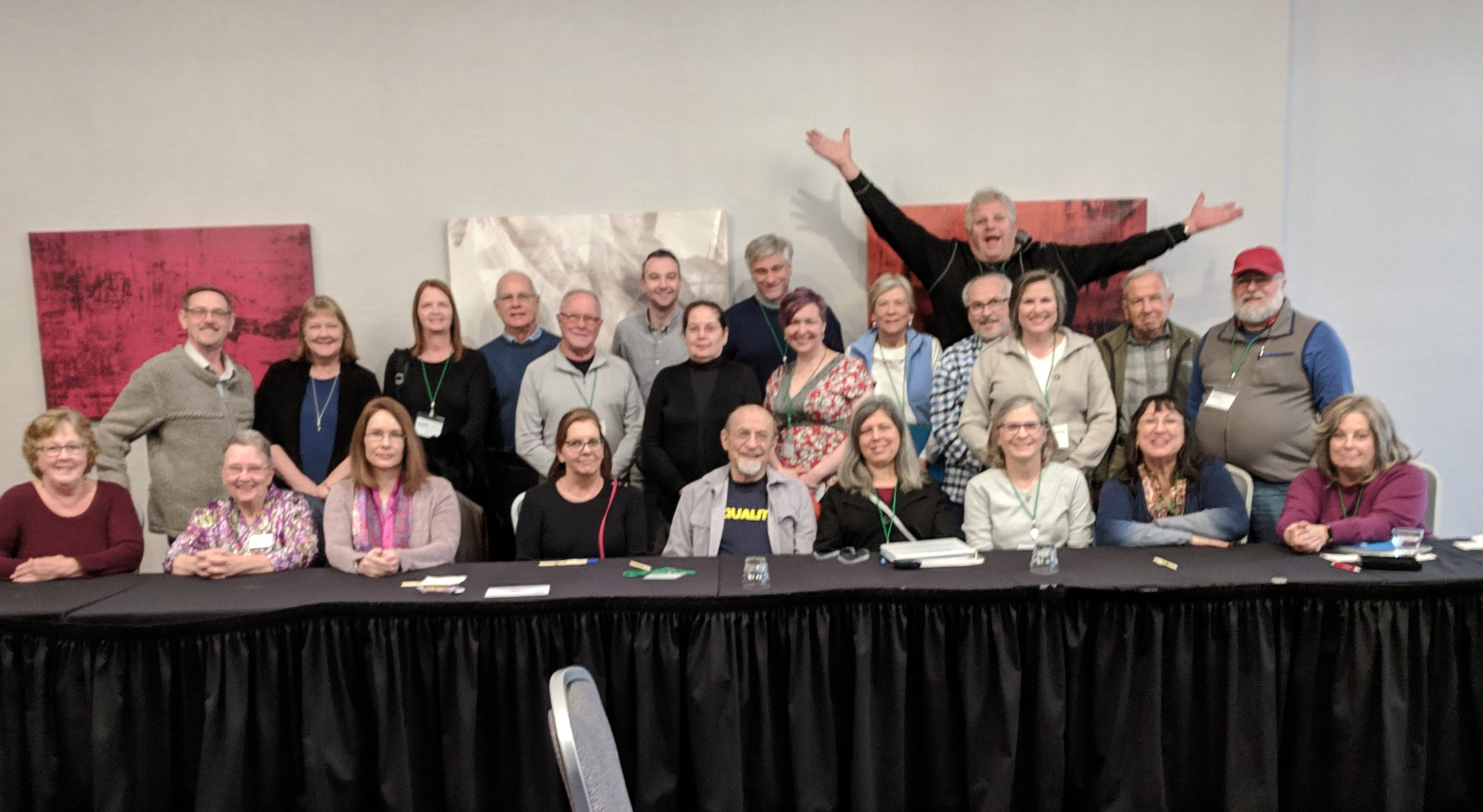 Thanks to each and every leader who took the mid-winter trek to join us in Atlanta! It was a good opportunity for old leaders to meet and mingle with new ones and for folks to share lessons learned, cool projects they are working on, and bring up issues that needed addressing.

We had 34 total people show up in Atlanta. As the new Executive Director, I was anxious to see how the meeting went and ended up being so energized and excited by the great initiatives and efforts our leaders are engaged in! From Carol Zamonski’s work to set up support groups for incarcerated folks in Ohio to Dottie Klammer’s work mentoring new survivors to Steve Spaner’s work maintain a SNAP presence on the other side of the world, there is a lot of good going on.

Special shout out to Gail Howard, Jim McConnell, and Janet Klinger as well: in the wake of the meeting and following a challenge from David Clohessy, each of these leaders held successful outreach events in their local areas. In Connecticut, Gail called for an AG clergy abuse hotline and exposed publicly accused clerics that Norwich's bishop omitted from his 'accused" list. In Kansas, Jim leafletted in Topeka with names of publicly accused clerics that the Kansas City, KS archbishop omitted from his list. And in New York, Janet held her first event, reacting to the allegations against Bishop John McGann and sharing her personal story of clergy abuse. Thanks to each of these leaders for responding to the challenge and getting word out to survivors about SNAP.

Also, thank you to our new Hotline volunteers! This is a challenging task that has, for years, been handled by just two or three leaders. Now we have a different leader answering the phone ever night of the week. Thank you so much to Eugene Rosenquest, Maureen Roden, Karen Zehr, Larry Antonsen, Nancy Frattiani, Judy Miller and Mary O’Day.

We have recently been contacted by two independent researchers who are requesting your participation in brief surveys aimed at better understanding sexual violence and prevention. These surveys are completely optional, anonymous and confidential and no personal information will be recorded. Any responses to these surveys will help bring further awareness to the experiences of those who have endured sexual violence. If you’re interested in participating, information on each of the surveys is below:

An independent researcher, Lisa Smith, Ph.D, CHT, is conducting a survey for her upcoming book, America's Sexual Assault and Rape Culture: The Blaming, Ridicule and Shaming of Defenseless Victims. Anyone interested in providing information on their experience is welcome to take this survey. Your answers will be completely anonymous and confidential but will provide lots of information about the current climate of rape culture in our communities. This survey will take approximately 10 minutes to complete.

If you are a survivor of sexual assault and/or rape, please also consider participating in a study exploring the types of therapeutic services and healing practices that are used by survivors. The study is an anonymous online survey that will take approximately 30 minutes to complete with an optional follow-up phone interview for survivors who are interested. The purpose of this study is to increase awareness and understanding of the healing process after sexual violence in order to hopefully improve services for survivors. If you are interested in participating or would like more information please visit this survey link. If you have any questions, please contact Christine Weingarten, the principal investigator, at cweinga@hawaii.edu. Thank you! 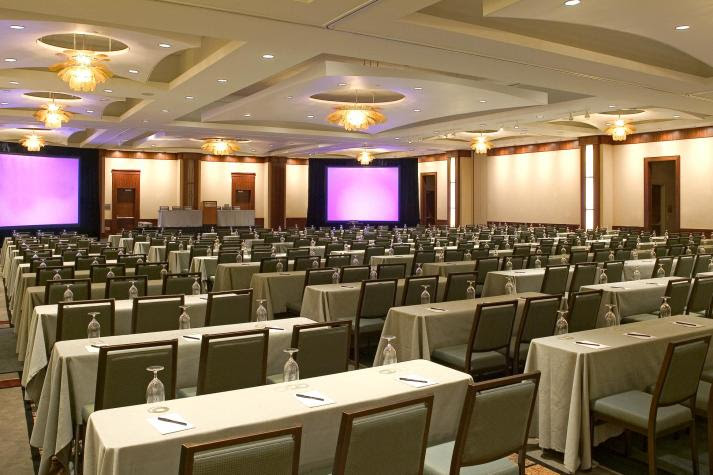 Registration is live for the 2019 SNAP Conference! This year’s conference will be held from July 26 to 28 at the Westin in Alexandria, VA. Register for the conference today, and don’t forget to book your room at the Westin!

Just a reminder that SNAP Leaders get special discounted rates to attend our annual conference. Leaders are able to attend for just $85 for the whole weekend.

If you’re interested in helping volunteer as part of our conference committee, please let Zach know. We are always interested in hearing opinions, suggestions, and ideas for speakers or workshops.

Highlights from Around the Country While we may have been focused on Atlanta and Rome at a national level this month, there has been a ton of great work being done by individual leaders around the country. For example,

Check out the below links for a small sample of the stories that SNAP was featured in this month:

As always, thanks for everything you do for SNAP and for our movement. Until next time,