Richard Sipe -- We lost a giant

August 11, 2018
Our movement has lost a giant.
Precious few current and former church insiders have broken ranks, crossed sides, and actively helped abuse survivors. And virtually none who have bring as much experience and wisdom to the struggle as Richard. He's done so with a huge and generous heart and at great personal cost as well.
He has been a beacon of hope and source of support to thousands of wounded victims and betrayed Catholics, through his advocacy and his compassion. Richard's brilliance - in writings, depositions and court testimony - has helped many a prosecutor and civil attorney expose clerics who commit or conceal heinous child sex crimes, and has enabled many a juror better understand the byzantine structure of the church and the secretive self-dealing of Catholic officials. Richard spend decades doing research and interviews to better understand this on-going crisis and has used his impressive knowledge to help countless others focus on the root causes of abuses and cover ups.
David G. Clohessy

We Honor Richard Sipe and Mourn His Passing

Another warrior has fallen.

Sadly, A.W. Richard Sipe passed away on August 8th. He was a courageous soul who did battle with the ignorance, arrogance, and mindless authoritarianism of the largest institution in the world, the Roman Catholic Church. He engaged with passion and argued with facts and research. He stood alongside survivors and fought with us and for us. He was a comrade in arms, linked to all of us. 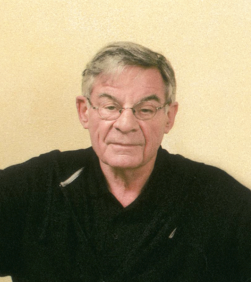 Those of us who were fortunate enough to know Richard recognized his heroism and courage, which may not be apparent to those on the outside. We shall carry our warm memories forward and keep them close. Richard was indeed a hero, and his bravery will inspire us as we continue to move forward. He will be sorely missed.

We here at SNAP honor A. W. Richard Sipe and mourn his passing.

SNAP Board of Directors

Richard spent 18 years as a Benedictine monk and priest and trained specifically to deal with the mental health problems of priests. He conducted a 25-year ethnographic study of the celibate/sexual behavior of that population. His study, published in 1990, is now considered a classic. He served as a consultant and expert witness in hundreds of civil and criminal cases involving the sexual abuse of minors by priests. Richard is known internationally for his many books and studies.

Here, Richard and Phil Saviano discuss the church's response to allegations of sexual abuse and misconduct.

Richard has four books on SNAP's recommended reading list: Courage At Three AM, Sex, Priests and Power: Anatomy of a Crisis, Sex, Priests, and Secret Codes: The Catholic Church's 2,000-Year Paper Trail of Sexual Abuse, and Celibacy in Crisis: A Secret World Revisited.