Meet your new SNAP board members.

SNAP is taking on a few new board members moving forward into the new decade and we want you to be the first to know.

Get to know your new board members 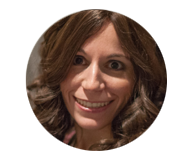 Dr. Guila Benchimol who is the Senior Advisor to the Safety, Respect, Equity Jewish coalition that addresses sexual harassment and gender discrimination. She is a research associate at the Centre for the Study of Social and Legal Responses to Violence where she works on projects related to homicide and domestic violence deaths. Guila holds a PhD in Sociological Criminology and an MA in Criminology and Criminal Justice Policy. She brings over ten years of experience as a Jewish educator to her work with various faith communities on gender-based violence. She was previously the Managing Director of National Conference for Synagogue Youth (NCSY) Canada, the founder, and director of an international NCSY overnight summer program for high school girls, and the Director of Judaic Studies at Tiferes Bais Yaakov where she also taught Tanach to grades 9 through 12. She is honored to join the SNAP board. 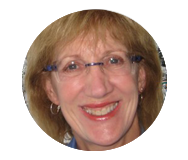 Christa Brown has written extensively on clergy sex abuse and cover-ups in the nation’s largest Protestant denomination, the Southern Baptist Convention. She is the author of a combination memoir and exposé calledThis Little Light: Beyond a Baptist Preacher Predator and His Gang. Christa was one of the first to go public with a substantiated abuse report against a Southern Baptist minister and documentation that others knew. She then survived every attempt of the Baptist machine to shut her down, and she was the first survivor to address the SBC’s Executive Committee at the “Baptist Vatican” in Nashville.

Christa has used her own experience to shine a light for others and has been a longtime advocate for reform in the SBC. As the former Baptist outreach leader for SNAP, and as a SNAP member, she has worked for fifteen years at chronicling Baptist abuse cases, supporting clergy abuse survivors, and exposing abusers and enablers. Together with SNAP, she was the first to propose the creation of a Baptist clergy sex abuser database.

In national and international media outlets, Christa is often quoted as an expert on evangelical clergy sex abuse, and her op-ed columns have appeared in numerous publications. Before shifting her energy to Baptistland, Christa had a 25-year career as an appellate attorney. Her educational background includes a master’s degree in anthropology, a law degree from the University of Texas, and PhD work in religious studies. 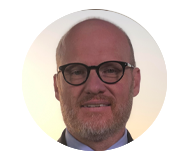 Shaun Dougherty was raised the 8th of 9 children in an Irish Catholic family in Johnstown, Pennsylvania. He was sexually abused from ages 10 to 13 by his local parish priest, the same priest who taught him religion and was his basketball coach.

Upon high school graduation he moved to Texas to pursue a career in the food and hospitality industry. Looking to advance his skills he returned to Western Pennsylvania to further his education at the Pennsylvania Institute of Culinary Arts in Pittsburgh. Upon completion of his culinary education he enlisted in the US Navy where he served as a Deck Seaman on the submarine tender, USS Frank Cable.  In addition to serving his country, the Navy helped pay for his schooling.

Completing his Naval enlistment he worked as a chef at numerous restaurants. Beginning in his hometown of Johnstown at his family’s tavern before moving on to Annapolis and New York City.

Eventually his pursuit to broaden his culinary skills and business experience led him to positions as a chef and business owner in the US Virgin Islands and Napa Valley, California. Culminating with his own highly acclaimed restaurant in New York City.

Unfortunately in 2012 his past as an abuse survivor resurfaced when the Priest who abused him was featured in a story on the front page of his hometown newspaper. He felt that he no longer could keep silent so he approached a childhood friend that he believed to be abused as well and they went to the district attorney office and filed an abuse report.

Shaun’s case along with a few others from Cambria County were forwarded to the Pennsylvania State Attorney General, and in 2016 the 37th PA Statewide Grand Jury investigation report was released, which revealed ramped child sexual abuse, and the systemic cover up by the Altoona Johnstown Diocese.  Shaun became a vocal and effective advocate for all victims of sexual violence and has been fighting for Statutes of Limitations (SOL) reforms in the Commonwealth of Pennsylvania and the State of New York. He has been featured on several national, and international news programs. Shaun resides in Johnstown, PA with his wife D’Arcy.