A former Federal Bureau of Investigation (FBI) expert on child abuse — and “grooming” — said there are a number of steps parents can take if they have concerns their children could be in danger.

On Monday, GoLocal unveiled that priest Eric Silva had been reassigned to a Narragansett church after being removed from two other churches earlier in the year for asking children "inappropriate questions" about sex.

On Friday, amidst mounting pressure, Tobin announced he was rescinding Silva's appointment to the parish.

Kenneth Lanning, who was a special agent with the FBI for more than 30 years and has worked as a consultant in the area of crimes against children, said that while some behaviors of adults interacting with children might not rise to the level of criminality, there are steps parents can take if they believe their child is potentially being “groomed” for abuse.

Moreover — he has published both books and research on the steps that organizations that work with children need to take to keep children safe.

“Many effective parental responses to suspected sexual victimization are easy to say but hard to do. The most important thing parents can do is, starting when they are young, establish open communication on diverse topics with their children. Communicate love and caring,” Lanning told GoLocal.

“Openly and honestly communicate with their child without inferring blame. Parents know their children well but often are not objective. Their own religious belief may even get in the way with a priest,” Lanning continued. “Depending on why their child is in close contact with the priest, the best approach may be to find ways to limit their alone contact. A child has a right to respectfully express discomfort with behavior that is not a crime. Start soft, move to hard if necessary.”

According to parents, Silva asked male children if they were gay and accused them of lying if they said no.

And, Silva reportedly asked females were asked if they were sexually active and, according to reports, similarly accused of lying if they answered in the negative. He made the comments when he was offering confession.

Tobin said at the time, “I have asked Fr. Silva to take this period of leave as an opportunity to reflect on these priestly responsibilities and to engage in additional formation.”

Silva has now been removed from three parishes -- and Tobin has refused to say what Silva's future is in the church.

Lanning -- who was the 1996 recipient of the Outstanding Professional Award from the American Professional Society on the Abuse of Children, the 1997 recipient of the FBI Director’s Annual Award for Special Achievement for his career accomplishments in connection with missing and exploited children, and the 2009 recipient of the Lifetime Achievement Award for Outstanding Service from the National Children’s Advocacy Center --- said if parents do not believe the organization’s response is sufficient enough, there are steps they should take.

“When institutions that are designed to protect your children don't actually do so, parents need to try to be objective and find creative ways to limit contact. In order to be involved in simultaneous sexual relations with multiple victims, a pedophile must know how to manipulate and control children,” said Lanning. “The pedophile uses seduction techniques, competition, peer pressure, child and group psychology, motivation techniques, threats, and blackmail. The pedophile must continuously recruit children into and move children out of the ring without his activity being disclosed. Part of the manipulation process is lowering the inhibitions of the children. A skilled pedophile who can get children into a situation where they must change clothing or stay with him overnight will almost always succeed in seducing them.” 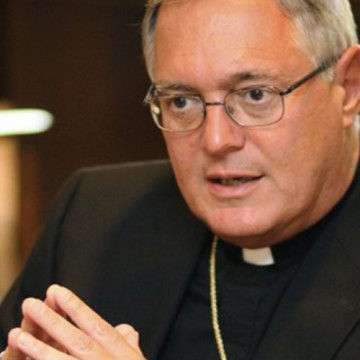 Lanning also discussed what organizations that work with children need to do when allegations arise.

The four most important protection practices for organizations are screening; management, and supervision; response to suspicions, allegations, and complaints; and prevention and awareness programs, wrote Lanning in the 2014 publication, “Acquaintance molestation and youth-serving organizations.”

One problematic area, said Lanning, is when organizations utilized their own “experts” to determine whether an adult who has been accused of inappropriate behavior can remain in the organization.

“These organizations need to have rules and monitoring,” Lanning told GoLocal. “The other big problem is they decide to go out and get their own opinion. They might get a sexual abuse expert — but oftentimes those ‘experts’ don’t really understand these cases involving an acquaintance molester, someone who the child knows who they are.”

“How is the offender able to access the child — that’s what grooming is all about,” says Lanning. “It starts young, and they get better and better.”