A major Catholic publishing company has been discovered to be selling books written by acknowledged child sex abusers on their website. Now, leaders of SNAP are calling for sales of those books to end and for proceeds from their sale to be donated to the survivors of the abusive authors.

TAN Books currently lists at least two books written by child sex abusers on their website; “My Daily Bread,” written by Fr. Anthony Paone and “My Meditation on the Gospel” by Fr. James E. Sullivan. Both of these men are acknowledged abusers of children and both men were publicly listed as abusers three years ago: Fr. Paone was included on the Jesuit Province list of abusers and Fr. Sullivan was included on the Diocese of Brooklyn list.

SNAP learned of the sale after a concerned customer shared that she had bought Fr. Paone’s book without knowing his history and only learned he was an abuser after researching more about him. The customer was disgusted and returned the book, but never received a response from TAN regarding their concerns. Now, we are taking this information public in hopes that TAN will either make it clear that these books were written by child abusers or will choose to do something else with the profits from these sales.

This situation is reminiscent of another issue that has recently rocked the Catholic publishing world, that of David Haas. When Haas was alleged to have groomed and harassed women over countless years, the companies that published Haas’ work chose to stand on the side of justice and prevention and have stopped profiting off his work. We believe that TAN should do the same thing and stop profiting off of men who abused children.

A copy of SNAP’s letter can be found here. 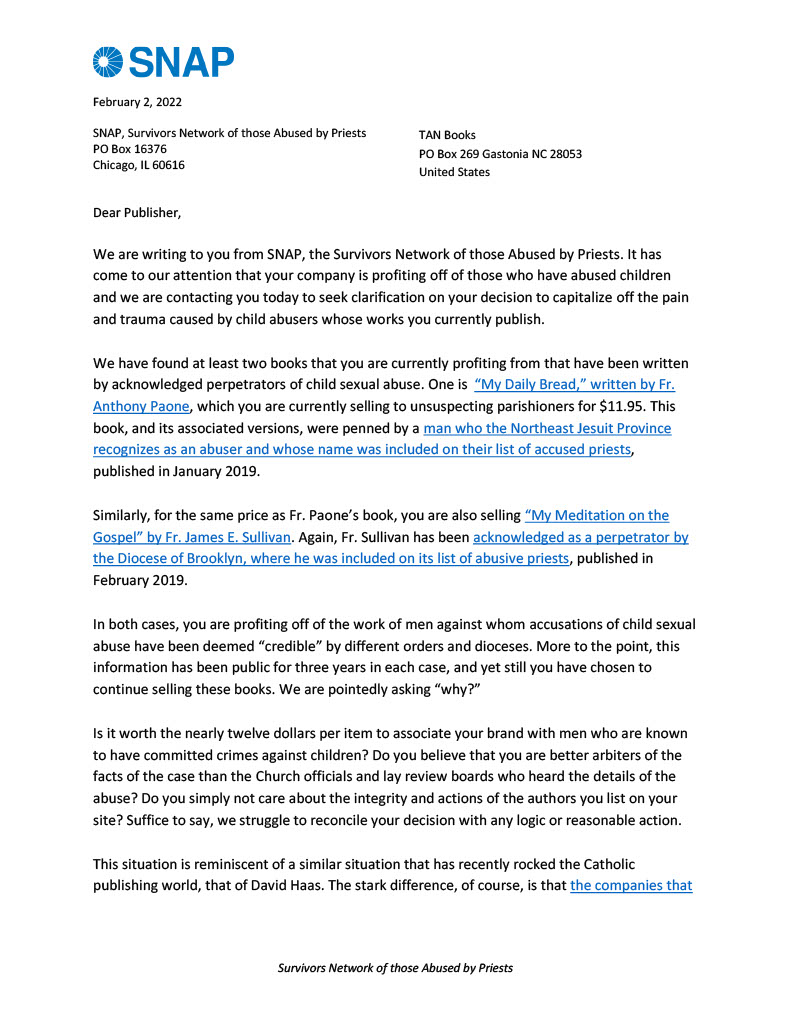 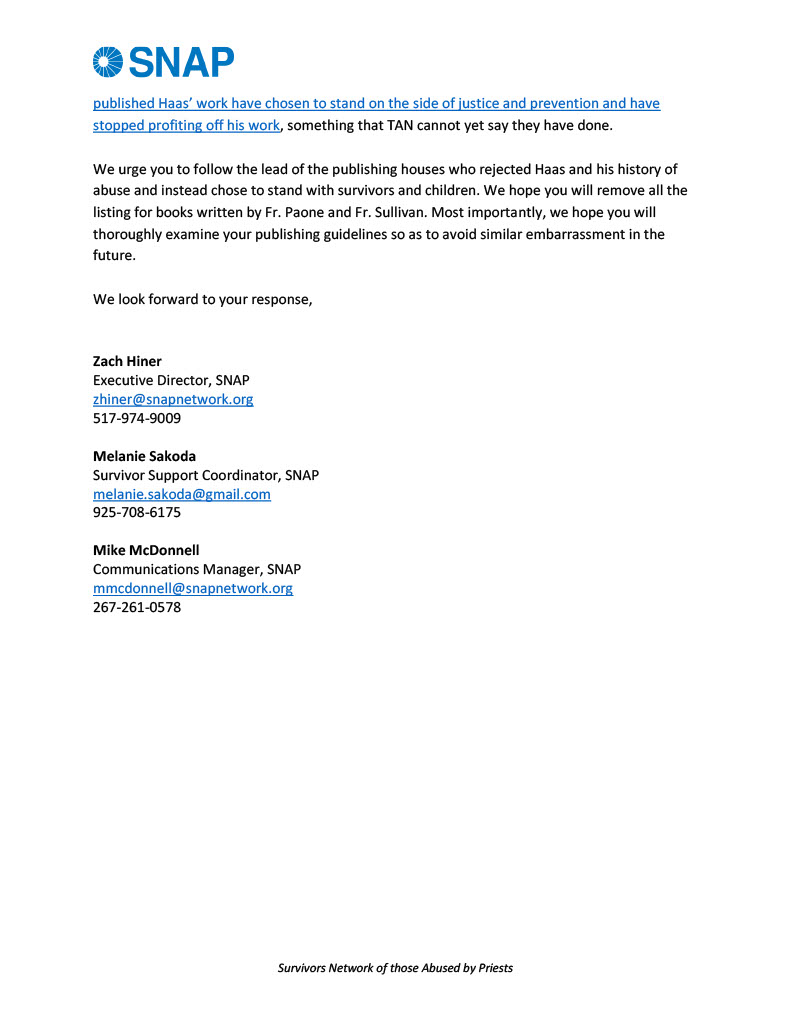