Everyone who has seen Spotlight to this point seems to be raving about the film, Rolling Stone even called it "the best film about reporting since All The President's Men,". Now the film even seems to be getting some big time national attention as BuzzFeed placed it on the list of one of the movies that you will be talking about this awards season.

Check out what BuzzFeed had to say about the film below and head over to Buzzfeed if you want to read the entire list of films. Spotlight will be in theaters November 20. 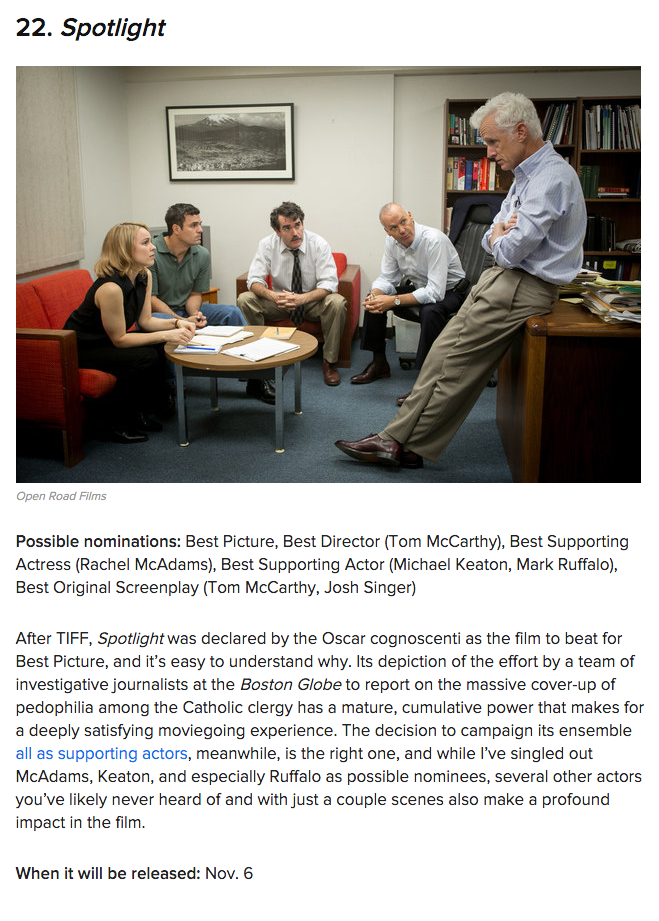