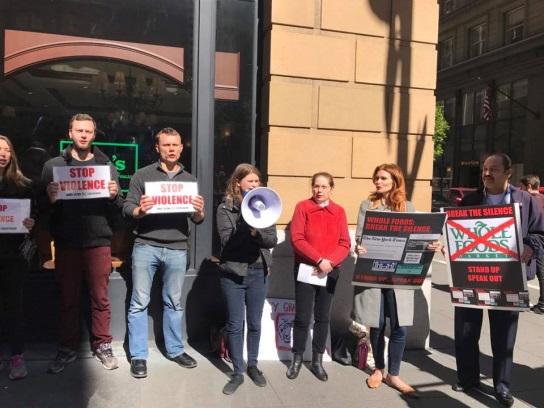 SNAP Works with Other Organizations

SNAP, the Survivors Network, cooperates with other groups fighting to protect children from sexual abuse. Volunteer SNAP leader Melanie Sakoda and SNAP member Wayne Presley joined in a media event organized by Matt Sandusky’s Peaceful Hearts Foundation. The San Francisco sidewalk news conference took place on February 28, 2017. Melanie and the others who spoke urged the CEO of Whole Foods to distance himself from his friend Marc Gafni. According to news reports Gafni publicly admitted to having sex with a fourteen year old girl when he was an adult rabbinical student. The message from all of the speakers to the CEO was not to be silent, but to take a public stand against child sexual abuse.