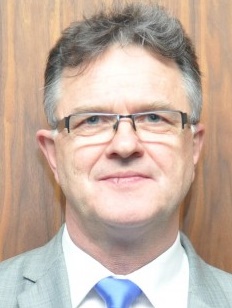 Pete was abused by a family member and 3 teachers, including two priests. He earned a degree and Post Graduate Certificate in Education as an adult. Teaching school for twelve years while suffering from depression and felt second rate. A failed marriage and the death of his father prompted him to address his past. He looked for help as a survivor of abuse and could find nothing helpful so he set up NAPAC. In April he stepped down as CEO of NAPAC but continues to act as spokesperson and serves on the Papal Commission on sexual abuse.

Can the Institutional Church Change?

I wouldn't have joined the Pope's Commission if I didn't believe change is possible. The Church is a body of people and I've had enough messages from all over the world imploring me to 'stick with it' including some people who may surprise you. Francis may not be acting as quickly as we expect or demand but he heads up an institution that suffers not just isolated incidents of abuse. Tragically for millions of children and vulnerable adults part of its very culture. Can we change the culture? Time will tell. It certainly won't happen overnight.