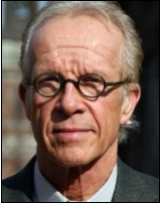 Jeff Anderson is a pioneer in sexual abuse litigation and a champion of survivors of child sexual abuse. Over three decades, Jeff represented thousands of survivors and their families. Known for his optimism, energy and compassion, Jeff was instrumental in exposing the large scale cover-up of pedophile priests in the early 1980's. He focuses on the offenders and the institutions that protect them. Jeff’s greatest reward is the inspiration and strength gained from the survivors.